Japanese art, like so many other aspects of Japanese culture, is rich and complex and a fascinating study. There is a wide range of style and mediums used, both in its ancient history and in today’s manga’s.

There are works of pottery, sculpture, wood and ink that date back to the 10th millennium BCE (Mason 1993: 13). Japanese history influenced the art. Each invasion or conquest of the Japanese people was recorded in works of art. Over time the Japanese took different elements from foreign culture and mixed it with their style of art to make ascetically pleasing results (Mason 1993: 39).

The earliest complex piece of art was produced approximately in the 7-8th century CE and had a connection to Buddhism (Mason 1993: 43). As the Japanese interacted more with the Chinese in the 9th century CE, the Japanese art began to take elements from their neighbors. Until the 15th century religious and secular art was widely accepted in Japan, but after the Onin War (1467-77) Japan entered a period of disruption and the art became more secular (Mason 1993: 153).

Painting and ink on silk and paper were the preferred artistic expressions in Japan. During the Edo period, it was woodblock prints call ukiyo-e that became the appreciated form. Woodblock printing was so popular and was refined so well that the Japanese used it to produce colorful prints in everyday life (Mason 1993: 304). It was during this period as well that the Japanese lost favor with sculpture. It was believed that sculpture was a less expressive form of art and was used mostly with religious works (Mason 1993: 249).

In today’s society though, Japanese art rivals with any other modern nation in its contributions to modern art, fashion, and architecture. 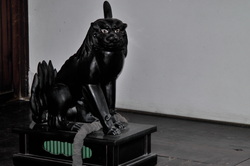 Gardens in the traditional Japanese style can be found at private homes, neighborhoods, parks, businesses and historical landmarks such as shrines and temples.

Rock gardens are perhaps the most well known in the West. With their simplicity dry gardens, karesnasui, are typically thought to bring peace to the mind. In Japan, having a garden shows great wealth. Many Japanese gardens are found in ink calligraphy and paintings.

The tradition of keeping a Japanese garden was passed down from sensei to apprentice. Today, many shrines and temples have the young priest and monks care for the grounds. 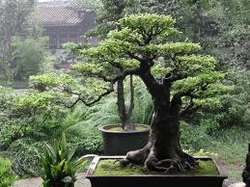 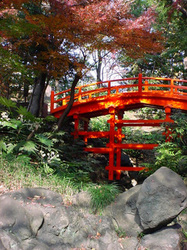 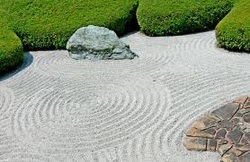 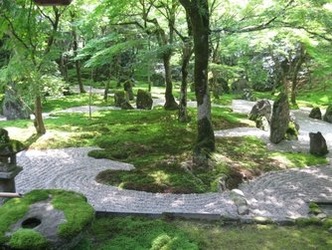