Japanese Religions
Shinto shrines are sacred places where practitioners, tourists, and passers-by go to worship, relax, or enjoy some time with friends. Shinto does not have a single source of doctrine or expected behaviors, and much of what is known today comes from individual shrines or the Association of Shinto Shrines. The shrine's boundaries often are made clear by the distinctive torii. Farther into the shrine grounds one will find the chozuya or temizuya, the place where people go to purify themselves by washing their hands and mouths with water. After purifying themselves (which not everyone does), people head toward the haiden (outer hall). Here people can throw money into the donation box and make their prayers to kami . The honden (inner shrine; main sanctuary of the shrine) is usually guarded by walls and barriers that prevent people from getting past the haiden, however, it is usually visible. After making an offering or doing the common ritual (a series of two bows, two claps, and one bow—during which some pray) many stroll around the shrine grounds or buy omamori (amulets) or other items from the shrine. Shrines are very individualistic and have many aspects that make them unique. Click on the links to the shrines we visited (below) to get a sense of the diversity. 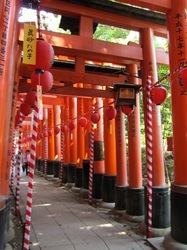 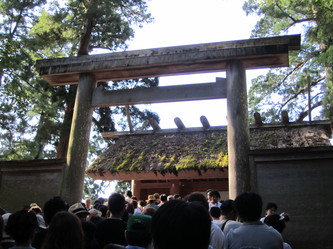 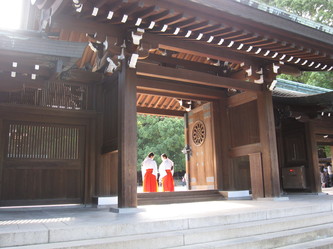 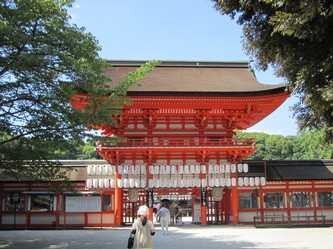 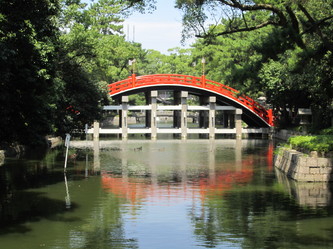 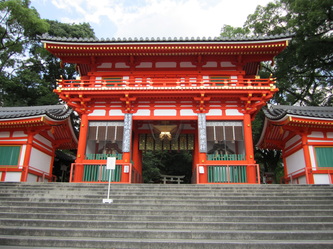 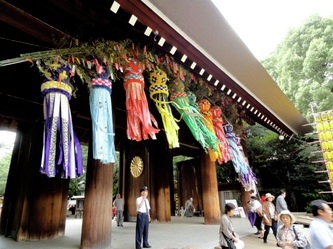 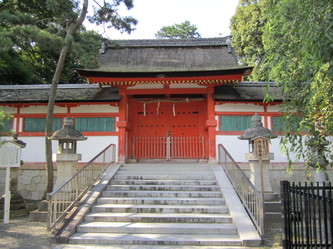