Japanese Religions
Vowz Bar is another location that we visited after a day of temple and shrine sight-seeing. This bar was more interesting than the thousands of other bars in the Shinjuku area, because it is owned and operated by two Buddhist monks. One monk is a young man who tends the bar and mixes the drinks, while the other older and blind monk sits at the bar a socially engages patrons. Both wore traditional monk vestiges and were very knowledgeable and able to answer questions. This place was legitimately a Buddhist bar; not just a gimmick to attract business. Clearly the small bar was used not only a place for drinks and socializing, but it also had spiritual purposes as well. Miniature Buddhist action figures of bodhisattvas lined the bar, a butsudan sat in the corner, and ritual items were spread across the tables. Even the house drinks were mixed with religious motifs and had names like "Heavenly Paradise" and "Burning Hell". The bar is another unique approach of attracting new youth to the Buddhist practices and redefine the image Buddhism has traditionally held.

While we were visiting, their efforts seemed to be paying off. Two younger gentlemen were at the bar when we arrived and said that they frequented the bar often. This was made apparent by the friendliness in which the older Buddhist monk regarded the two and laughing at their antics. The monks at the bar were also caring when one of our own drew a fortune that was less than positive, and after jokingly harassing her about misfortune, allowed her to draw another fortune (this time with a better outcome). This bar is not a miss, especially when looking for a good Bloody Mary or White Russian.

For more information about Vowz Bar please visit the links below. 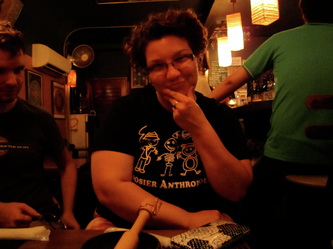 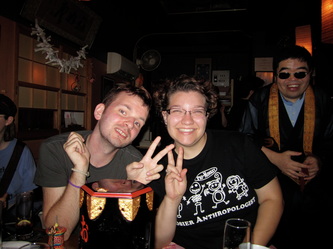 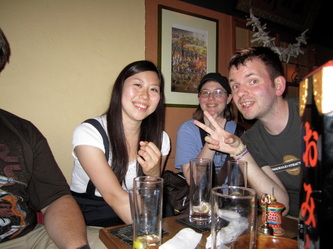 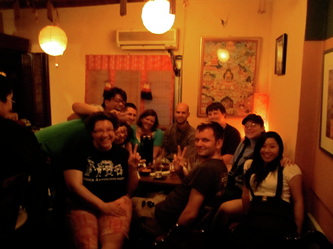 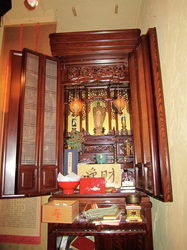 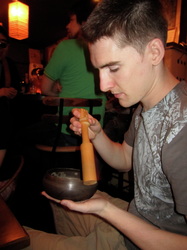 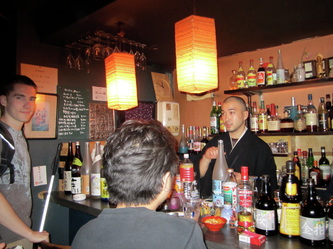 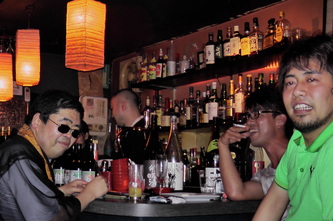