Japanese Religions
A young shrine in comparison with many of the shrines we visited in Japan, Tokyo's Yasukuni Shrine is easily the most controversial Shinto shrine. Built in the latter half of the 19th century, this shrine is where the war dead are enshrined, thousands of men (and possibly a few women) who died fighting in Japan's wars within the last century and half. Their mortal sacrifice for the Emperor of Japan earned them the honored position of being eirei, "glorious spirits" and a place within Yasukuni's pantheon of kami. Yasukuni has been the destination for grieving widows, distraught parents and somber children attending the shrine in order to venerate their departed loved ones. The controversy of this shrine is embedded not in its overtly nationalistic tendencies but in its association with war criminals. Over a dozen Class A war criminals responsible for many of the atrocities in previous wars fought throughout the Pacific are enshrined at Yasukuni. Naturally the internment of those men have upset Japan's closest neighbors, especially China and South Korea. Annual visits by heads of state such as Prime Minister Koizumi Junichiro, who visited the shrine annually during his term, have caused outrage amongst those countries as well as within Japan itself. The outcry is not only because of the perceived honoring of war criminals that are venerated at Yasukuni but also the violation of the strict division of "church and state" called for in Japan's constitution.

Yasukuni. When I realized I would be returning to Japan I immediately requested that we visit this prominent shrine. I had heard a great deal about Yasukuni when I lived in Japan, Koizumi Junichiro was the prime minister at the time, and his yearly visits were well publicized. In recent years I asked close friends from both China and South Korea what their feelings were regarding the infamous shrine. I was surprised by my docile friends' volatile responses, obviously the hurt and pain caused by Japan's military actions in the early 20th century were still keenly felt by those nations' youth. On the day we went to Yasukuni I approached the shrine with some trepidation, unsure what to expect.

As we advanced towards the front gate of Yasukuni we noticed bright yellow lanterns hanging along the walkway advertising the Mitama Matsuri, a festival during which people remember the dead enshrined there. A festival seemed out of place with the image I had in my mind of the shrine, I expected an imposing somber place, but instead we were greeted by a colorful array of food and game stalls along the main path to the shrine. Vendors called to us as we walked by, trying to entice us to buy their smokey grilled morsels and sweetened shaved ice. The shrine itself seemed to be more like a small park than a sacred place - clusters of shady trees provided respite from the overbearing sun as people casually strolled through the complex. Lanterns lining the pathways in preparation for that evening's festival led up to the main shrine where a large navy blue banner with the imperial crest waved in the breeze. Individuals approached the shrine and tossed in a couple coins before bowing twice and clapping. Curious, I watched one woman stand there for an extended period of time, minutes compared to others' seconds, her hands pressed together in front of her, eyes closed. I wondered if she knew someone enshrined there or if possibly she was even unaware of the significance of the kami at Yasukuni, perhaps praying to a broader concept of kami. The only glaring reminder that this was a shrine dedicated to the war dead was a museum tucked away in the corner dedicated to chronicling Japan's wars throughout the past thousand or so years. After we left the museum we quickly walked along the stone pathway back into the bright light and intense heat of a Tokyo summer day intent on finding food, leaving the quietness of Yasukuni behind. 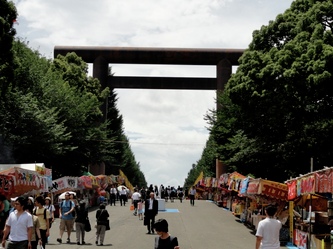 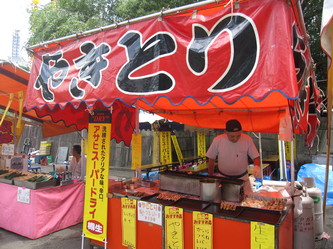 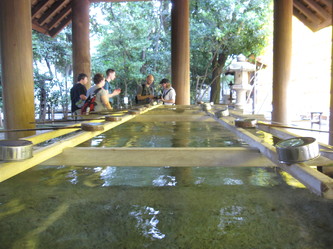 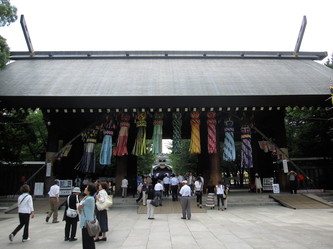 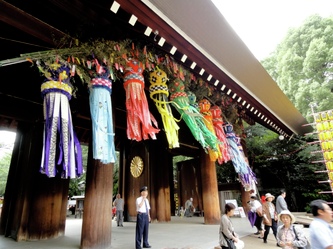 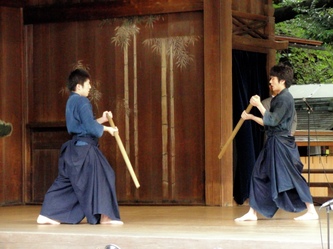 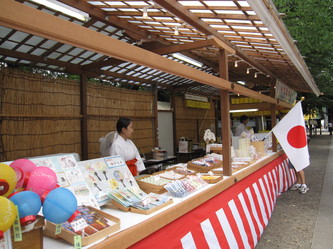 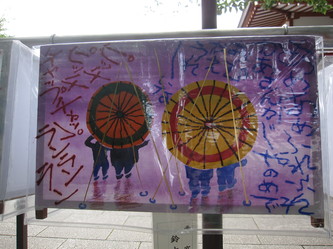 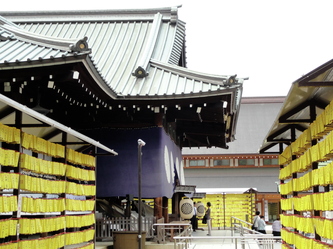 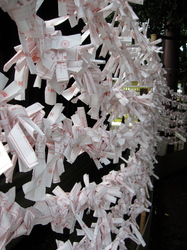 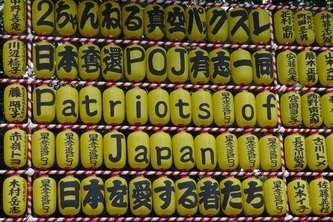 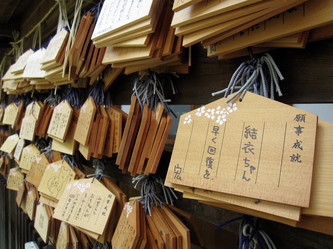 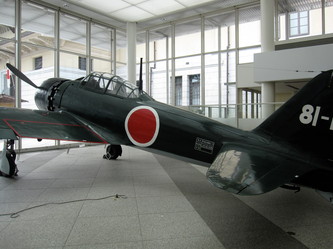 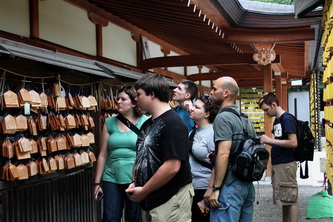 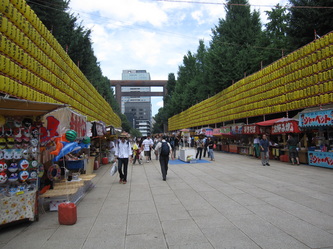 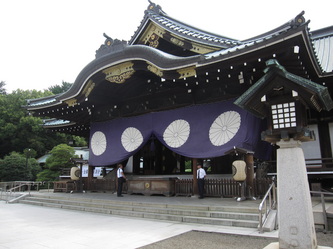 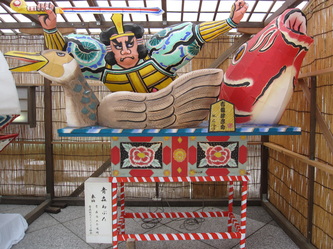 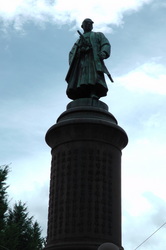 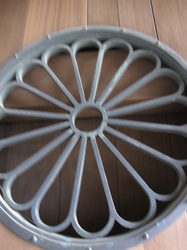 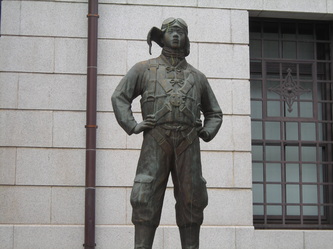 Watch the video below for a slide show of pictures from Yasukuni Shrine. [For full-screen click here]
Written by: Mindy Ward
Edited by: Katie Parish & Tayln Cox
Photos by: Michael Roemer and Mindy Ward