Standing atop the roof of the Ghibli Museum is one of the many animated characters from Miyazaki's works.  This particular one is the Metal Robot from Castle in the Sky and is situated to look out over the Ghibli grounds.

The Ghibli Museum was created to highlight some of the creative work of Studio Ghibli, an animated film studio responsible for such movies as Spirited Away, Howl's Moving Castle and My Neighbor Totoro. The museum was designed to be a large open and airy space where visitors can be surrounded by animation. The museum boasts a large cat bus which children can play on, a friendly giant statue on the roof and shows original short films.

"A Friendly Giant" - Tayln, Kendra and Andrew stand in front of one of the characters from Castle in the Sky. 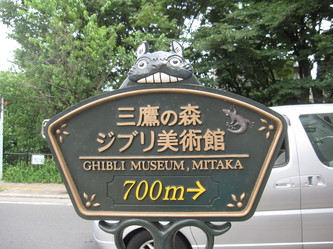 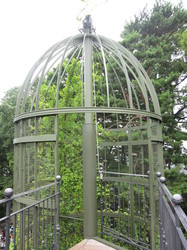 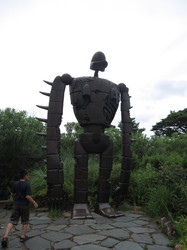 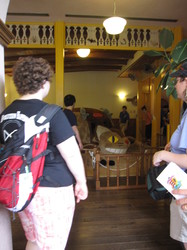 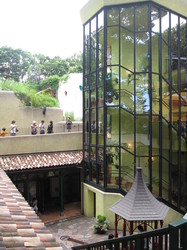 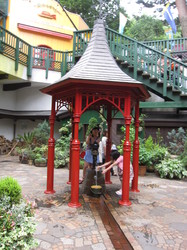 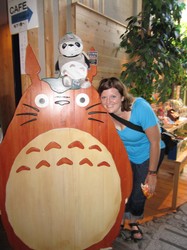 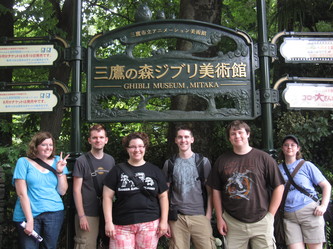